Before you call one of the large advertisers claiming to solve your problems for pennies on the dollar, take the time to talk to a trusted, local expert.

K.A.B. Bookkeeping And Tax Service Inc in Titusville is here to help you resolve your tax problems and put an end to the misery that the IRS can put you through. Our tax resolution specialists pride ourselves on being very efficient, affordable, and, of course, extremely discrete.

We can help you with the following IRS tax problems:

· Wage Garnishment - IRS wage garnishment is the deduction of money from an employee’s monetary compensation resulting from unpaid IRS taxes. Most likely this should not be a surprise as the IRS will only levy one’s wages after repeated letters and warnings about the taxes owed. This is one of the IRS’s most aggressive tax collection mechanisms and should not be taken lightly. The IRS would rather resolve taxes in a different manner but they will levy when they feel the have run out of other options. It is important to understand how garnishments work to ensure you take the appropriate actions to avoid them or stop the IRS from taking your wages.

· Bank Levy - An IRS levy permits the legal seizure of your property to satisfy a tax debt. It can garnish wages, take money in your bank or another financial account, seize and sell your vehicle(s), real estate and other personal property.

If you receive an IRS bill titled Final Notice of Intent to Levy and Notice of Your Right to A Hearing, contact us right away.

If you receive an IRS notice of levy against your employee, vendor, customer or another third party, it is important that you comply with the levy.

· Threatening Letters - The IRS carry out their threats, so ignoring an IRS threatening letter is absolutely the worst thing to do. First, you should check the facts in the letter. If there is anything amiss in their calculations or your liabilities or their assessment, write a polite letter back explaining the error or omission and see if they will remedy the situation. If they have reached the point where they are sending you threatening letters however, you may need to be a little more proactive in resolving the situation before the IRS become proactive themselves. You do not want this to happen. If you allow the IRS to take action before you do it will result in you unnecessarily suffering at their hands. The IRS has considerable powers when it comes to collecting taxes and they are rarely if ever prone to taking the lightweight approach. The IRS sends out threatening letters when they know or think they know that you owe them money; beyond that, they have little interest in you.

· IRS Audit Notification - Did You Receive an Audit Letter From the IRS? - The first step is not to panic. The IRS uses letters to communicate with taxpayers about IRS audits. As with most IRS communication, there are deadlines associated with IRS audit letters. You will have time to review the items that are being contested and prepare your response. Selecting a return for examination does not always suggest that the taxpayer has either made an error or been dishonest. In fact, some examinations result in a refund to the taxpayer or acceptance of the return without change.

· Non-Filing - What if you fail to file? - The IRS may file what is known as a substitute return for you. However, as you well know, the IRS will not be looking to save you any money. In fact, a substitute return will not include any of the standard deductions your accountant would typically include in your return. Case in point, a substitute return only allows one exemption: single or married filing separate, so you end up with higher tax liability than if you would have just filed.

· Liens - A federal tax lien arises when a tax return is filed and the tax isn’t paid after a demand for payment has been made. By law the lien is in favor of the United States and is upon all property and rights to property of the person with the unpaid tax. It gives the IRS the authority to seize any proceeds from sales of real estate owned by a delinquent taxpayer. To protect the government’s right of priority against other parties who are owed money by the same person, the IRS will file a Notice of Federal Tax Lien, which puts other creditors on notice about the IRS’s claim.

· Offers-in-Compromise - Reduce Your IRS Debt with an Offer-In-Compromise - Qualifying for an offer-in-compromise settlement can save you thousands of dollars in taxes, penalties and interest. An offer-in-compromise is an agreement between a taxpayer and the IRS to settle the taxpayer’s tax liabilities for less than the full amount owed. Absent special circumstances, an offer will not be accepted if the IRS believes that the liability can be paid in full as a lump sum or through a payment agreement.

· Innocent Spouse - Many married taxpayers choose to file a joint tax return because of certain benefits this filing status allows. Both taxpayers are jointly and individually responsible for the tax and any interest or penalty due on the joint return even if they later divorce. This is true even if a divorce decree states that a former spouse will be responsible for any amounts due on previously filed joint returns. One spouse may be held responsible for all the tax due even if all the income was earned by the other spouse.

In some cases, a spouse will be relieved of the tax, interest, and penalties on a joint tax return. There are three types of relief available:

Resolve your IRS tax problem with the peace of mind that you are in good hands, please call us at (321) 267-2111 or contact us to set up a free consultation. Serving the Titusville, FL and surrounding area.

LET'S STRIKE UP A CONVERSATION.

Accounting and Financial Expertise For Your Real Estate Business 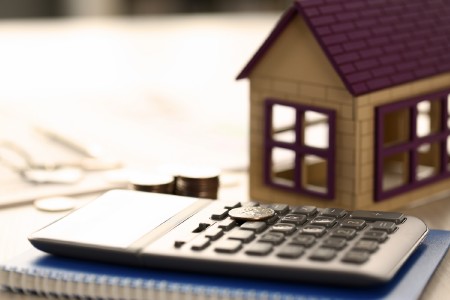 In order to survive and thrive in the rapidly evolving world of real estate, you need to stay current on trends and tuned in to opportunities. The same is true for the professionals you rely on for your financial and accounting services. At K.A.B. Bookkeeping and Tax we specialize in assisting both commercial and residential real estate firms, providing comprehensive services that maximize profitability and growth potential.

We provide strategic consulting, as well as audit and tax services to professional firms on all sides of the industry, including owners and developers, real estate investors, insurance companies, property management companies and brokers, and contractors. We also provide guidance to clients in the related sectors of construction, multifamily, commercial and industrial interests, affordable housing and hospitality, as well as to Real Estate Investment Trusts (REITs).